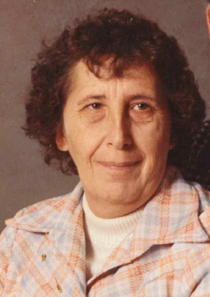 She is preceded in death by her parents, and her husband, John Mayne, four brothers, and two sisters.

Funeral services will be conducted on Saturday, December 5, 2015 at 10:00 A.M. At the Kemmerer LDS Stake Center, with Bishop Paul Kaiser officiating.  Viewing will be held one hour prior to services.  Interment will follow services at the South Lincoln Cemetery, Kemmerer, WY.

Memorial donations may be contributed to that of the donors choice.

To order memorial trees or send flowers to the family in memory of Mary Mae Mayne, please visit our flower store.