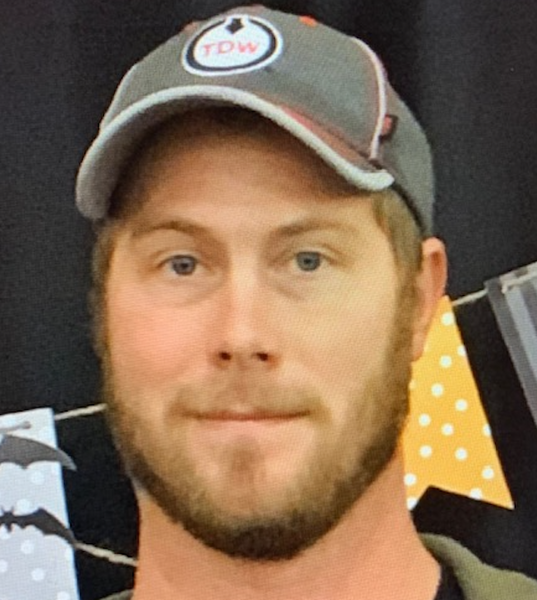 Matthew Eugene Beachler, age 38, passed away at Intermountain Medical Center in Park City, Utah early morning on May 1, 2022.  Matt was born in Kemmerer, Wyoming on December 7, 1983, the son of Norman Eugene and Heidi Ann (Bettine) Beachler.

Matt and his wife Alisha, had decided to take their family to the Monster Truck Show on Saturday at The University of Utah Rice Eccles Stadium.  Upon arrival, as the show began, and as the engines started to roar, Matt looked at Alisha and said, “Look, I have goosebumps all over me.”  He then said to her, This is the sound of my people.......

Matt became ill during the show, and was later prounounced dead of natural causes later in the early hours of Sunday morning in Park City.

Matt was born and raised in Kemmerer, Wyoming, attended schools in Kemmerer and graduated with the KHS Class of 2002.

He married Alisha Delaine Buck on June 20, 2009 at Pine Creek near Cokeville, Wyoming. To this union, were born two sons, Eli Eugene, and Ethyn Jay.  Matt was employed with Williams as senior operations technician,  and had been with the company for 6 years.

Matt spent his life devoted to his loving wife and two sons.  He enjoyed being in the great outdoors, camping, fishing, snowmobiling, and spending time with his family.  He enjoyed computer games, building engines, and working on show cars. Matt’s passion in life became drag racing, and enjoyed spending time with his father in Norman’s garage shop re building engines, and making his race car to be the fastest car he could.  Friday prior to his passing, he and his father, spent the day together, working on his car.

Matthew is survived by his loving wife, Alisha Buck, two sons, Eli Eugene, and Ethyn Jay Beachler, his parents, Norman and Heidi Beachler, his in laws, Jay and J’Lene Buck all of Kemmerer, WY.  He is also survived by a sister, Shauna (John) Symmons, nephews, Thomas and Michael Banta, grandparents, Doris Stockton, and Lanny & Bonnie Bettine, and Raynald Stewart, an uncle, John (Jen) Beachler, and cousins, Phillip and Erinne Beachler. He is also survived by Uncle Tony and Yvonne Bettine and family, and numerous other great aunts and uncles.

Matt was preceded in death by his paternal grandfather, Norm Beachler, and an aunt, Margie Ourada.

Memorial services for Matt will be conducted at the South Lincoln Training and Event Center in Kemmerer, WY. On Monday, May 9, 2022 at 11:00 AM.  Cremation will take place under the care of Ball Family Chapel, Kemmerer, WY.

To order memorial trees or send flowers to the family in memory of Matthew Eugene Beachler, please visit our flower store.