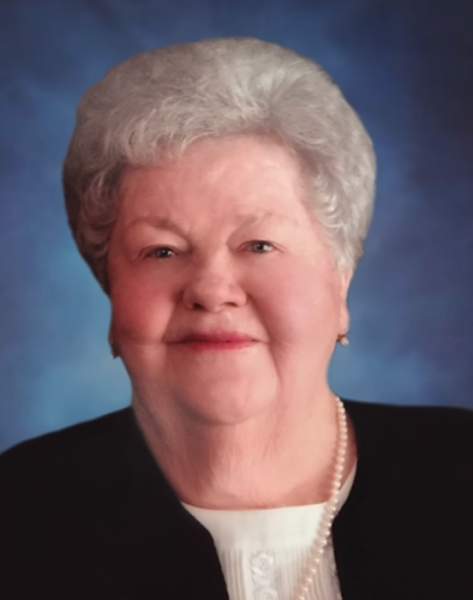 Maxine Elaine Boyce Young, 91, passed away in her home surrounded by her family July 21, 2017. Her sweetheart, Jack Ervin Young, passed only a month ago.

Maxine was the fifth child of eight born to John Harold Boyce and Julia Bernzena Johnson on July 9, 1926. Only her youngest sister Althea (Jerry) Ranson survives.

Maxine attended Weber State College in the 1970’s and earned a B.S. in Family Studies and Sociology, an L.P.N and Hospice certification. She was active in the LDS Mount Ogden Stake and served two full time missions in the Washington D.C. Temple.

The visitation and funeral services will be held at the Sullivan Hollow 2nd Ward, 976 33rd St. Ogden. (33rd and Jackson). Friends may visit Tuesday, July 25th from 6-8 PM and prior to funeral service.  The Funeral Service will be Wednesday, July 26th at 10:00 AM. Interment Ogden City Cemetery

To order memorial trees or send flowers to the family in memory of Maxine Elaine Young, please visit our flower store.