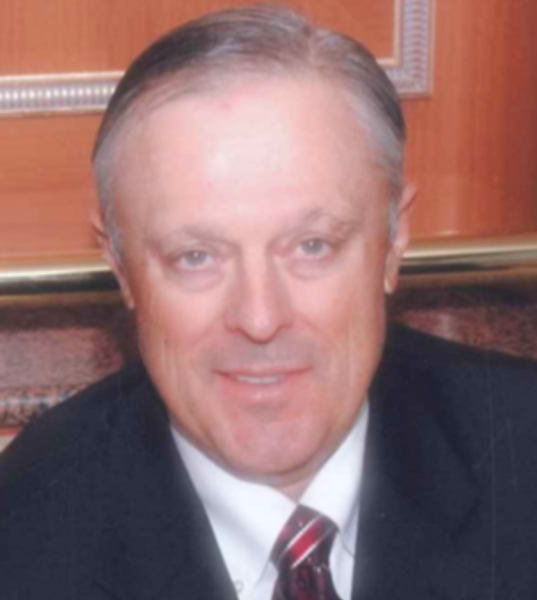 Michael Douglas Haws, age 65, passed away on December 16, 2021 at The University of Utah Medical Center in Salt Lake City, UT. He fought a long battle with diabetes and kidney failure. Mike was born in Panguitch, Utah on October 22, 1956, to Doug and Thelma Maxine (Orton) Haws. His father was a U.S. Forest Ranger so they lived in various towns including Randolph, Utah and Afton, Wyoming.

Mike was the quarterback for Afton High School and graduated in 1975. He attended Casper College for a year and moved to Kemmerer, WY where he worked as a Jailer for Lincoln County. He met his wife, Rita Marie Bonicelli and was married on July 1, 1977. He then worked for The Kemmerer Mortuary, before going to Cypress College of Mortuary Science in Cypress, California. Mike and Rita were blessed with two children, Brandi Jenness and Michael Travis.

Mike and Rita owned and operated the Haws Mortuary in Kemmerer, Wyoming for ten years, and he served as the Lincoln County Coroner. He worked in Wyoming, California, Alaksa, and Utah as a mortician. He also was an insurance agent and a car salesman.

He taught a lot of people, young and old, about sportss including football, baseball, basketball, horse showing and racing and his passion, golf. He made two hole-in-one shots in this game. He loved snowmobiling, 4-wheelers, side by side riding, fishing, hunting, and shooting guns. Cribbage was his favorite card game.

He loved to cook ribs, brisket, beans, and lasagna soup. Jerky, Whistel, and Apple Pie were given as presents to friends and family. The Fourth of July in his back yard became a yearly event for many. He did not however like fireworks, just the other three F’s, food, family, and fun. He was well known for his ablility to tell a joke or funny story. He loved hunting up country and was usually the camp cook.

He was a person who respected life and death. He taught many families about death and eased their grief. Mike had a very kind heart and would help others whenever the need arose.

Mike is preceded in death by his father, Doug Haws, his sister Kim Haws Hampton and his Grandparents and Aunts and Uncles, and his in laws, Bruno and Dahlia Bonicelli.

Mike is survived by his wife, Rita Haws, of Kemmerer, WY; his daughter, Brandi (Haws) Olson, Richard Carter, Emma and Gavin Olson, all of Green River, WY; his son, Travis (Kristen) Haws, Jackson and Livia Haws, all of Braintree, MA; his mother, Maxine Haws, of Hurricane, UT; his brother, Mitch (Kerry) Haws, Thomas and Matthew Haws, and a sister, Tamara (Haws) Priggemeier, Jasmine and Tarah Priggemeier, his nephew and niece, Tyra Quin and Trey Quin, his Aunt Arlene Orton, his uncle Donny Ipson and many cousins, and the many friends who loved him.

A celebration of life will be conducted on Saturday, January 22, 2022 at 1:00 PM at St. Patrick’s Catholic Church in Kemmerer, WY. A luncheon will follow the services.

Ball Family Chapel of Kemmerer, has been entrusted to arrangements.

To order memorial trees or send flowers to the family in memory of Michael Douglas Haws, please visit our flower store.