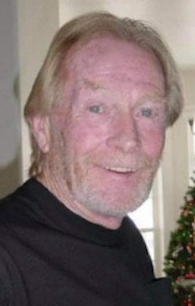 Michael (Mickey) Ray McMillan, the son of William and Opal McMillan, passed away peacefully at the home of his sister on October 13, 2020.  He was born in Rock Springs, Wyoming on November 28, 1943.  He lived in Rock Springs until the age of 7 when the family moved to Kemmerer.  Mickey attended school in Kemmerer and graduated with the class of 1965.  He enlisted in the US Air Force in July of 1965 and served for 23 years.  Mickey traveled the world in those 23 years, he served two tours of duty in Vietnam.  He was stationed twice in England, and was also stationed in South Korea.  While in South Korea, he received a lcak belt in Taekwondo, and the remainder of his career wsa served at various Air Force bases including New Mexico, Texas, Florida, California, and South Dakota.  Mickey retired from the Air Force and moved back home.

He worked for the City of Kemmerer for 17 years, as the airport manager.  He then moved to Santa Fe New Mexico where he lived until his health forced him to move back to Kemmerer in 2016.

He was preceded in death by his parents, William and Opal McMillan.

Cremation has taken place and Memorial Services will be conducted on Saturday, November 7, 2020 at the Kemmerer Eagles Hall, at 11:00 AM.

Ball Family Chapel of Kemmerer has been entrusted for arrangements.

To order memorial trees or send flowers to the family in memory of Michael Ray "Mickey" McMillan, please visit our flower store.