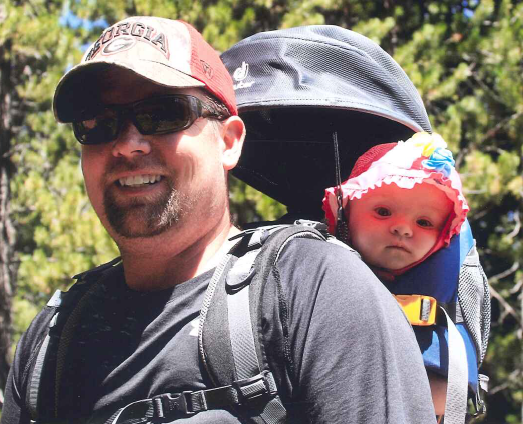 On November 22, 2013, Mike married the love of his life, Jennifer Joyce Cline.  To this union a daughter, Caroline Marie Smuin was born.

Michael enjoyed hunting, fishing, camping, cooking, dancing with his wife, singing, and walking with his daughter.  Michael loved the game and challenge of pool. Michael was a member of the Kemmerer Volunteer Fire Department, and served his community for over fifteen years in that capacity.  He loved to learn and teach others about his passion of fire fighting.

He was preceded in death by his grandfather Arland Smuin, great grandparents, Sara and Earl Black.

Funeral services will be conducted on Monday, September 19, 2016 at the Fossil Island Golf Course in Kemmerer, WY. At 1:00 P.M.  Interment with full fire fighter graveside services will follow services at the South Lincoln Cemetery, Kemmerer, WY.

To order memorial trees or send flowers to the family in memory of Michael Jay Smuin, please visit our flower store.
Send a Sympathy Card