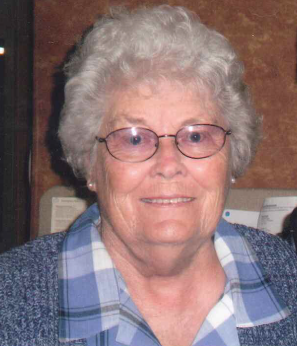 Myrtle Tommerup Fagnant, passed away on December 5, 2016 at the age of 90; at South Lincoln Nursing Center, Kemmerer, Wyoming.  Myrtle, a triplet,  was born on January 23, 1926 in Westby, Montana; the daughter of Peter and Christine (Jensen) Tommerup.    She graduated from Plentywood High School in 1944, and attended the Nurses Cadet Corps at the Sacred Heart School of Nursing in Havre in 1947.  She attended nursing school with her two other triplet sisters, Minnie and Margaret.

Myrtle married Armand Fagnant on June 7, 1953 in Santa Maria, California.  They settled in Kemmerer, Wyoming and raised their family there.  Armand preceded her in death in December of 2009.

Myrtle was preceded in death by her husband, Armand, a son, Perry Fagnant, and brothers, Henry, Melvin, Clarence, Alvin, and Johnny; and sisters, Anna, Emma, Martha, and Margaret.

To order memorial trees or send flowers to the family in memory of Myrtle Fagnant, please visit our flower store.