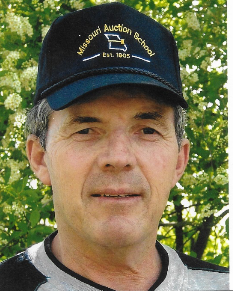 Norman M. Harrower II passed away peacefully at CRMC in Cheyenne, Wyoming May 19, 2022 from medical complications with his immediate family at his side.

From 1952 to 2022, Norm loved horses every day of his 69 years. Norm liked to view everything from the saddle.

Norm was raised on the family ranch on Fontenelle Creek, Wyoming and attended schools at LaBarge Elementary and Kemmerer High School. Norm graduated from High School in 1971. From the crack of dawn to late in the afternoon, Norm spent many hours getting his school'in.  After school, it was always caring, feeding and riding on the backs of ponies or horses.

At a very early age, Norm developed a life-long love for horses- all types of horses, starting with shetland ponies and ending with AQHA (American Quarter Horse Association) champion show horses. On the ranch, Norm had many experiences that involved  cattle, ponies, wild horses, saddle horses and work teams.

In his younger years, Norm was a 4-H member showing horses and show steers with many champions. He was also very competitive in calf roping, team roping, and chariot racing and remember, he was a "left handed cowboy"!

At the ranch, Norm spent a lot of time breaking ranch raised saddle horses, and percheron draft horses. Let's not forget a few runaways with those teams and an occasional mule.

A few years after high school, Norm ventured off to horsemanship schools, judging seminars, a farrier school in Oklahoma and worked for a private horse operation as a horse trainer in Oklahoma. In the late 70's, Norm established Norm Harrower Quarter Horses in Torrington, Wyoming. This facility was a breeding and private training operation. Along the way, Norm put together a band of brood mares and raised many show quality babies. He was proud of the stallions that he stood.  "Big Guy Bonanza" and "Watch Thirsty Joe" were special in his breeding operation that was managed with pride and confidence. Norm specialized in halter, showmanship, reining, western pleasure and cutting horses. He spent many hours with his favorite AQHA cutting horse "Downtown".  Along the way, he also provided many private riding lessons.

Norm was a lifetime member of the AQHA, the Intermountain Quarterhorse Association, the National Cutting Horse Association and was affiliated with many horse related entities.  Norm also graduated from the Missouri Auction School.

After a number of years in Torrington, Wyoming, Norm moved to Stewartville, MN, where he continued with Norm Harrower Quarter Horses, as a training and showing facility.

In the early 2000's, after growing tired of the snow and cold, Norm made a decision to move to Drumright, OK, where he purchased a ranch. The warmer climate was conductive to Norm's medical needs, having dealt with Multiple Sclerosis for several decades. Norm continued with Norm Harrower Quarter Horses, until 2019 when he returned to Cheyenne, Wyoming to be in care of his loving family.

Norm is survived by his only daughter, Brenna Harrower, a sister Julienne Harrower and brother Tom Harrower Jr, as well as many other relatives.

A celebration of Norm's life will be held in Kemmerer, Wyoming at the Berta A. Penny Methodist Church on June 10, 2022 at 11:00a.m., 910 Sage Avenue. Interment will follow at the Kemmerer Cemetary with a reception afterwards.

To order memorial trees or send flowers to the family in memory of Norman M. Harrower II, please visit our flower store.