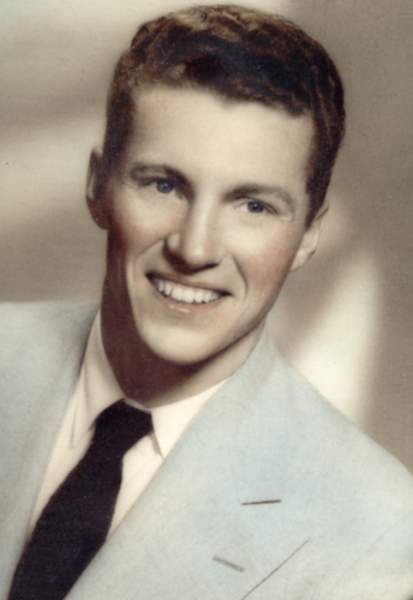 Norris Dean Adams 86, passed away August 18, 2017 in Phoenix, Az. Dean was born April 3, 1931 in Ogden, Utah to Norris and Bessie  Beus Adams. He grew up in Clinton Utah the oldest of six boys. In his youth he enjoyed learning music, singing and baseball. Dean graduated from Davis High School.

Dean served an LDS mission to the southern eastern states. He served in the United States Army and was a Korean era Military policeman. He was a successful entrepreneur and started and operated several businesses. He graduated from the University of Utah in 1959 with a bachelors of science in mathematics where he was involved in music productions and opera.

He married Margaret Bock in August of 1957 in Salt Lake City Utah, together they had four children Steven, Sylvia, Jenifer and Sara. They later divorced. He married Helene Goldberg, August 1981, in Elkton Md. Together they had one daughter Deanne.

Dean was an accomplished opera singer and trumpet player and loved music of every kind and was known to take any opportunity he could to share his talent with others. He was a member of the Church of Jesus Christ of Latter-day Saints and served in many callings. He especially loved his calling as a ward mission leader in the Chicago, IL area. He was a dedicated husband, father and brother and he will be greatly missed.

He is survived by his wife Helene, Gilbert Az; and his five children, son Steve (Christie) Adams, Fruit Heights Utah, daughters Sylvia Hibbert (Michael) Farmington Utah, Jenifer Dean(Darin), Sara Lund (Mark) both of North Ogden Utah and Deanne, Gilbert Az and 21 grandchildren and one great grandson, 2 brothers Blair (Jackie) Mesquite NV and Neil, Layton Ut and many nieces and nephews. He was preceded in death by his parents and three brothers, Roger, Clark, and Doug.

To order memorial trees or send flowers to the family in memory of Norris Dean Adams, please visit our flower store.