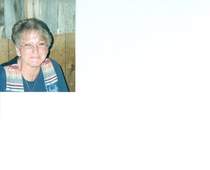 She was born on July 21, 1949 in Kemmerer, Wyoming, the daughter of Michael (Mike) & Frances Churlick. Olga was the only child.

Olga worked at the Lincoln County Sheriff’s office, KMER radio station, Kum-n-Go station and the Sinclair station. Most recently, she worked as an accountant for the Little Chicago Review.

Her family and friends will sadly miss Olga. She is survived by her daughters Francine (Dave) Schoen and Shelly (Darren) Hysell and son Rick (Kimberli) Shimmin.

Her husband, Bill, and her parents, Mike and Frances Churlick, preceded Olga in death.

Memorial services will be conducted on Monday, September 8, 2014 at 11:00 at the Fraternal Order of Eagles (Eagles) hall in Kemmerer.
To order memorial trees or send flowers to the family in memory of Olga Shimmin, please visit our flower store.