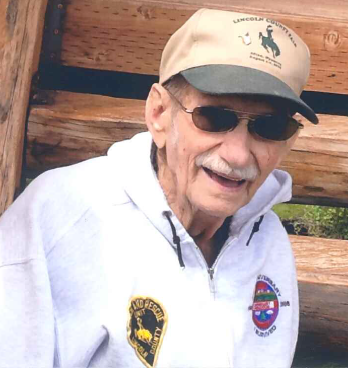 He was born on January 21, 1930 at the Povsche Ranch, Fontenelle Basin in the kitchen with the wood stove a blazin.

Paul was the sixth child of Dominick and Rosalia Povsche, immigrants from Yugoslavia.  He worked on the family ranch until the death of his father at which time the homestead was sold.  He found his next job at FMC Coke Plant for a short period of time and went on to the Kemmerer School District where he was a custodian.  He then found himself at the First National Bank of Kemmerer in that same capacity and retired in 1999.  He and his wife, Verna then became snow birds, spending winters in Lake Havasu, AZ., but always returned to Kemmerer to be with family and friends.  Paul loved fishing and hunting mushrooms and belonged to many different organizations including, Lincoln County Search and Rescue, Commissary Commandos, Kemmerer Fire Department, and was President of the local FOE 2341 to mention a few.

At Paul’s request, there will be no services.

To order memorial trees or send flowers to the family in memory of Paul Povsche, please visit our flower store.