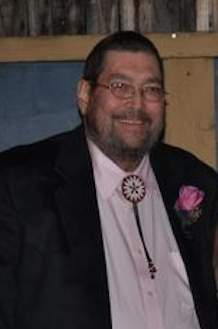 Perry Armand Fagnant, age 58, died at The University of Utah Medical Center, in Salt Lake City, UT. On Tuesday, January 5, 2016.  He was born on May 22, 1957 in Kemmerer, Wyoming, the son of Armand Framke and Myrtle (Tommerup) Fagnant.

He attended schools in Kemmerer and graduated from Kemmerer High School in May of 1975.  Perry then attended The University of Wyoming for a period of time, and then attended Western Wyoming College.  He married Paula Peart on July 27, 1996 in Diamondville, WY.

He began his working career in the construction field,  then worked for a period of time with the Union  Pacific Railroad, before going to work for the Kemmerer Coal Mine.  Perry enjoyed spending time working with the Boy Scouts of America as a volunteer, and also with the Kemmerer Little League.  Perry loved to hunt, fish, and go rock hunting with his brother, Tim.  He also enjoyed long conversations with his children and grandchildren.  He was an avid coin collector, and enjoyed reading a good book.

Parry is preceded in death by his father, Armand Fagnant, a daughter in law, Bobbie Johnson, and a granddaughter, Treasure Hunt.

Visitation will be held at St. Patrick’s Catholic Church on Friday, January 8, 2015 at 6:00 PM.  Rosary will be recited at 7:00 PM on  Friday, January 8, 2016 at the church.  Mass of Christian Burial will be conducted on Saturday, January 9, 2016 at 10:00 AM, with Father David of St. Patrick's Catholic Church as the celebrant.  Friends may call one hour prior to services at the church on Saturday also.  Memorial donations may be made to that of the donor’s choice.  Interment will follow services at the South Lincoln Cemetery, Kemmerer, WY.

To order memorial trees or send flowers to the family in memory of Perry Armand Fagnant, please visit our flower store.