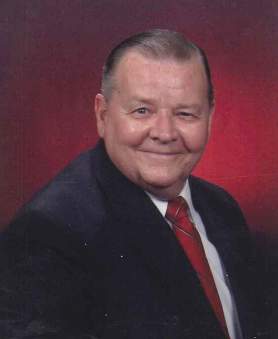 Layton - Ralph Olin Fleming, age 79 passed away March 6, 2017 at Fairfield Village, Layton, UT.  Ralph was born in Savannah, GA on December 15, 1937 and was preceded in death by his parents, Paul C. and Mabel E. Rhodes Fleming.

Ralph was raised in Savannah where he attended Blessed Sacrament School and graduated from Benedictine Military High School with honors in 1955.  He entered St. Bernard's Seminary in Cullman, AL to continue his studies in Catholic theology.  It was here his beautiful tenor voice was recognized as he participated in the Glee Club.  Subsequently, he was employed as a computer programmer at the Union Camp Paper facility in Savannah, GA. and completed his 37 year tenure with the Union Camp Corporation in a supervisory capacity at the corporate HQ located in Wayne, NJ.  After retirement, he relocated to Layton, UT to live with his daughter and family.  He loved car pools and supporting his grandchildren and great grandchildren in all their endeavors.

He is also survived by his former wife, Ava Tuten whom he married on Jan 7, 1961 and was extremely proud when that union was blessed with a beautiful daughter, Laura Fleming Hoskins.

Funeral services will be conducted on Friday, March 10, 2017 at 11 a.m. at 855 E. Mutton Hollow Rd, Kaysville, UT.  Friends may visit with the family prior to the services from 10:00 to 10:45 a.m.  Interment will follow services at the Kaysville City Cemetery.

Online condolences may left at ballfamilychapel.com

To order memorial trees or send flowers to the family in memory of Ralph Olin Fleming, please visit our flower store.