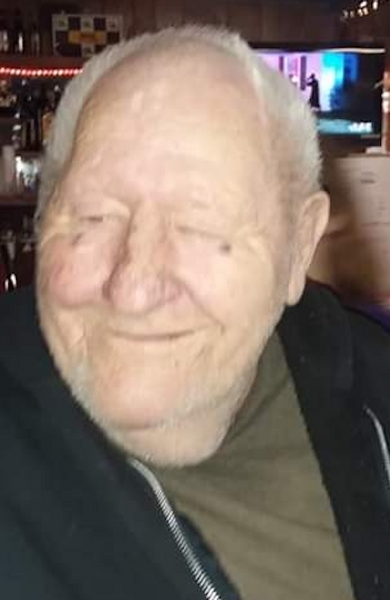 Rex Jewel Stewart, age 78, passed away at his home in Glenrock, Wyoming on Wednesday June 19, 2019. Rex was born on Wednesday, March 26, 1941 to Lloyd Little Stewart and Daisy (Cadawallader) Stewart in Stuart, Nebraska.
He was the ninth born child of thirteen. As a child, his family moved to Glenrock, Wyoming. He attended schools in Glenrock and later attended Northern Wyoming College (now Sheridan College) where he obtained his welding certificate. Not long after that he obtained his electrician's license working out of the Casper IBEW Union.
In 1960 he married Rachael Weller at the First Baptist Church of Glenrock. From this union two daughters were born Rebecca Lynn and Rhonda Lee. The marriage later ending in divorce.
He spent time in Iowa, South Dakota, and Wyoming in his line of work.
He enjoyed fishing, hunting, spending time with his many critters, the occasional trips to go gambling in
Deadwood, South Dakota and Riverton, Wyoming.
He was preceded in death by his father, Lloyd, on December 5, 1975;  mother, Daisy, on March 15, 2002; brothers, Ralph, James, Albert, George, Frank, and Ronnie; and sisters, Donna, Irene, and Leona.
He is survived by his daughters, Rebecca Stewart Jewell and Rhonda Lee  Stewart Wilken both of Douglas, Wyoming; granddaughters, Katie Isbell of Prescott, Arizona and Kodie (Clint) Olsen of Baker, Montana; five great grandchildren, Kash, Kaenee, and Kalelyn Isbell and Kane and Cord Olsen; his brothers, Gerald (Jeff) and Jackie; his sister, Doris; and numerous  nieces and nephews.
A graveside service will be held at Glenrock Cemetery in Glenrock at 10:00 A.M. on Friday, June 28, 2019 with Kodie Olsen as the eulogist and a Celebration of Life to be held at Noon at the Knotty Pine Saloon in Glenrock.
A special thank you to Care giver/Best buddie, Jesse, and the many caring people that watched over him through the years. A special thank you to his nephew, Larry Blaylock, who has been helpful to his Uncle Rex all these years.

A memorial to the American Diabetes Association of Wyoming, 2451 Crystal Drive, Suite 900, Arlington, Virginia 22202 would be appreciated by the family.

The Gorman Funeral Homes – Converse Chapel of Douglas, Wyoming is in charge of the arrangements.

Condolences may be sent to the family at www.gormanfh.com

To order memorial trees or send flowers to the family in memory of Rex Jewel Stewart, please visit our flower store.