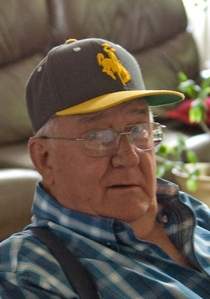 Richard (Dick) Ray Severns, 76, of Kemmerer, Wyoming passed away on December 18, 2013 after a short and hard-fought battle with cancer.

He was born February 23, 1937 to Robert and Velma Severns in Encampment, Wyoming.  He married his high school sweetheart, Gail Ann Olson, and to this union were born three children.

In their early years, Dick and Gail lived in Golden, Colorado; Salt Lake City, Utah; and Pocatello, Idaho before settling in Kemmerer in 1974.

Dick earned an engineering degree from the Colorado School of Mines and a business degree from Idaho State University.  After graduation he worked for Kennecott Copper in Salt Lake City before leaving Kennecott to work for FMC Corporation.  He worked for FMC for 39 years and ended his career as the Senior Technologist for FMC’s Phosphorus Chemical Division.  While working for FMC he was awarded 2 U.S. Patents.

He enjoyed spending time at his cabin in the Wind River Mountains with his family.  He had an interest in technology and gadgets and purchased one of the first personal computers available for home use.  If he wasn’t on his laptop, he had a book in hand.  Reading was a favorite pass time and he enjoyed the Lincoln County Library’s book club.  Another passion was puzzles, especially crosswords and Sudoku.  He loved football; especially the Denver Broncos and the Wyoming Cowboys.  He was a member of the first Walden, Colorado high school football team and told stories of playing in a hay field with coal dust used for line markers.   He also enjoyed hunting – both big game animals and arrowheads and rocks of all kinds.  He was also a long-time member of the Lion’s Club.

He was preceded in death by his parents; his wife, Gail; a son, Donald “Pete” Severns; and a nephew, Karl Olson.

A private celebration of life will be held at a later date.

To order memorial trees or send flowers to the family in memory of Richard Ray Severns, please visit our flower store.