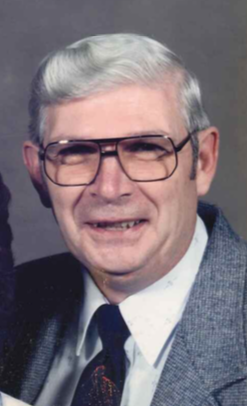 Richard E. Welsh, age 86, died at South Lincoln Nursing Center in Kemmerer, Wyoming on Saturday, May 18, 2019.  Richard was born on June 26, 1932 in Winchester, Illinois, the son of Edwin Henry and Sylvia Jane (Holliday) Welsh.  He married Patsy A. Stoner on May 29, 1954 in Winchester, Illinois.  To this union, a son Mark Welsh was born.

Richard and Pat moved to Kemmerer in 1975, and Richard began to work for E & L Motors for a short time.  He then became employed as a mechanic, at the Kemmerer Coal Co. in Kemmerer, and continued his employment there with P&M Mine, and Chevron, and retiring with Chevron. Richard enjoyed building model trains, auto racing, hunting, and spending time traveling with his wife, Pat.

Richard is survived by his son, Mark (Jessica) Welsh, two grandchildren, Brandon (Sonia) Welsh, of Laramie, WY.;  and Brian Welsh of Tucson, AZ.  He is also survived by a sister, Lucille (Mack) McCracken, of Springfield, IL.

Richard is preceded in death by his parents, his spouse, Patsy, two brothers, Francis, and Lloyd, and a sister, Agnes.

As per Richard’s request, cremation has taken place, and graveside services will be conducted on Friday, May 24, 2019 at 11:00 AM at the South Lincoln Cemetery, Kemmerer, WY, with Father David from St. Patrick’s Catholic Church officiating.

Memorial contributions may be made to St. Patrick's Catholic Church, or to the Kemmerer Senior Citizens Center.

Ball Family Chapel of Kemmerer has been entrusted for arrangements.

To order memorial trees or send flowers to the family in memory of Richard E Welsh, please visit our flower store.