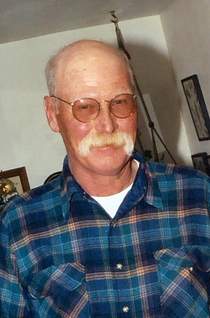 He married Margaret A. Stoddard on September 27, 1975 in Lake Co. Leadville, Colorado.

Robert enjoyed time in the great outdoors.  He had a passion for riding horses, snowmachining, camping, hunting, and especially spending time with his family.  He worked for Wayne’s Hot Oil in Big Piney, WY.; and cared for Wayne’s family deeply.

To this union, was born a son, Nicholas Gergen.

He was preceded in death by his parents, a brother, Sherman Taylor, a nephew, Jay Gergen, and his father in law, Jim Stoddard.

Memorial donations in memory of Robert, may be made to the Kemmerer Senior Citizens Center.

Roberts wishes were to be cremated, and that has taken place under the direction of Ball Family Chapel, Kemmerer, WY.

To order memorial trees or send flowers to the family in memory of Robert Joseph Gergen, please visit our flower store.