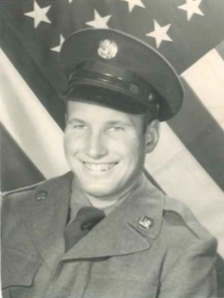 Robert Gene Kothe, age 89, passed away on May 5, 2019 at The South Lincoln Nursing Center in Kemmerer, Wyoming.  Robert was born on May 13, 1929 in Steamboat Springs, Colorado, the son of Perry Henry and Lillie Emma (Aksamit) Kothe.  He was the oldest of eight children, James, June, Patricia, Bessie, William, Katherine, and Lynda.

Robert and his family moved from Colorado to Calpet, Wyoming when he was eight years old.  He lived in the area for the rest of his life.  He graduated from Big Piney High School in 1947.  He served in the United States Army from 1951 to 1953.  After serving his military duty he returned home and began his life long career in the Oil Patch.  He was married to the love of his life, Ethel Ilet on November 19, 1960 in Kemmerer, WY.  They raised five chidlren, Carol JoAnn, Robertta Lynn, Jamie Lillian, Paulla Louise, and Russell Gene.  He was an active member of the community and was a member of the American Legion for over 50 years.

Robert enjoyed hunting, fishing, and being outdoors very much.

To order memorial trees or send flowers to the family in memory of Robert Gene Kothe, please visit our flower store.