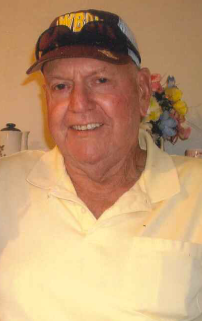 A kind and loving heart quit beating when Roger (Jerry) Paulson, age 77, of Kemmerer, WY passed away on April 10, 2018 at his home, surrounded by his loving family, after a long battle with cancer.

Roger was born to Leonard & Nanna (Hansen) Paulson on October 5, 1940 on the family farm by Irene, South Dakota where he grew up.   He was baptized and confirmed a member of Irene Lutheran Church.  He attended grade school and helped on the farm.  He served in the U.S. Army from 1959-1961.  He was a member of the American Legion Post 0036 in Kemmerer, WY.

Roger met the love of his life, Violet Anderson while home on leave in 1960.  They were married at the Trondhjem Lutheran Church, Volin, SD on September 30, 1961.  They began their life living on a farm and he also worked for Curtis Moen driving truck and helping shell corn.

To this union three children were born; Jeffrey, Julie and Chris.

Roger farmed from 1961-1970.  They moved by Chicago, IL and he drove truck from 1970-1973.  He then joined Millwright Local Union #2834 in Denver, CO, and they lived in Colorado for two years, until moving to Kemmerer, WY in 1975 where they raised their children.  After their children were raised, they went on the road together for 21 years, working all over the USA, until Roger retired in 2010.

Roger was a hard working man all his life and would help anyone who needed help.  He was a very loving husband, father and grandfather and was so happy to see his last grandson born carrying the Paulson name.

Visitation will be held on Friday, April 20, 2018 from 5:00 until 8:00 PM  at Hansen Funeral Home in Irene, South Dakota.  A prayer service will begin at 7:00 PM at the funeral home.  Funeral services will be conducted on Saturday, April 21, 2018 at 1:00 P.M. At Calvery Lutheran Church in Irene, South Dakota, with Pastor Mark Osterm officiating.  Roger will be laid to rest at Hillcrest Cemetery in Irene, SD beside his sweet daughter Julie who welcomed him home.  Full military honors will be held at the cemetery.

To order memorial trees or send flowers to the family in memory of Roger Jerome (Jerry) Paulson, please visit our flower store.