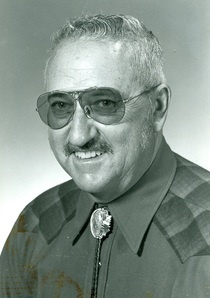 Ronald Cattelan, age 80 died at his home in Kemmerer, Wyoming on May 28, 2014.
He was born on July 4, 1933 in Diamondville, Wyoming, the son of John and Mary (Fermento) Cattelan.  He married Carol Stefonick in Kemmerer, Wyoming on December 22, 1959 at St. Patrick’s Catholic Church.  He spent his working career at Williams Field Services for thirty three years.
Ron loved to spend time in the outdoors, hunting, camping, cutting firewood, and being with his family.
Ron served his country in the United States Army, from  April of 1954 to April of 1956.
Ron is survived by his loving wife, Carol Cattelan, of Kemmerer, WY.; children, Ron (Jean) Cattelan, of Diamondville, WY.; Chris Cattelan, of Kemmerer, WY.; and Lance (Lacy) Cattelan, of Kemmerer, WY.  He is also survived by his grandchildren, Tony, Kimberly, Cole, J.T., and Christy Cattelan.  He is survived by a brother, Albert (Elaine) Cattelan, of Ogden, UT.; and a sister, Alice Lucke, of Olympia, WA.
Ron is preceded in death by his parents, an infant brother, Frank, and two sisters, Linda Dick, and Mary Albrecht.
Memorial services will be conducted on Monday, June 2, 2014 at 10:00 A.M. at St. Patrick’s Catholic Church, with Father Philip Vaske as the celebrant.  Inurnment with military honors will take place following services at the South Lincoln Cemetery, Kemmerer, WY.

To order memorial trees or send flowers to the family in memory of Ronald Cattelan, please visit our flower store.