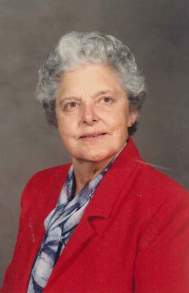 Rose Celebrin Kennedy, age 92, passed away at South Lincoln Nursing Center in Kemmerer, WY. On November 3, 2016.  She was born on June 18, 1924 in Glencoe, Wyoming, to Ferdinando & Katernia Carollo Celebrin.

When she was five years old all the family moved to Kemmerer where her parents became parnters with Alfonso Carollo in running the Carollo Dairy.

Rose was a 1942 graduate of Kemmerer High School.  After graduation, she helped her parents on the dairy.  After the war, she worked at the Pioneer Cafe as a waitress, and later at the  Sugar Bowl.  She also worked at JC Penney Co. As a cashier for numerous years.

They had three children.  John, Fred, and Dale, and the family moved to Logan where her husband was employed with work.  Later, she divorced and moved back to Kemmerer to raise her children.  She was very independant her whole life and worked hard to raise her sons alone.  She became employed with Safeway in 1968 and worked there under three different name changes, and retired after forty years of service.

Rose was an active member of St. Patrick’s Catholic Church and served as a CCD Cathechism teacher, and was also as a Eucharistic minister.

She enjoyed working with the public.  She also enjoyed many outdoor activities, fishing, camping, and being with her children, and brother and sister.

Rose is preceded in death by her parents, and a son, Fred Kennedy, and a brother, Fred Celebrin.

She is survived by her sons, John (JoAnn) Kennedy, of Roy, UT.; and a son, Dale Kennedy of Idaho Falls, ID.; a sister, Rena (Roy) Harrison, of The Dalles, Oregon.; and a  neice, Lydia (Todd) Cannon, and their children, Rory and Spencer of Portland, Oregon.

Memorial contributions may be made to the St. Joseph’s children home in Torrington, WY.; or to St. Patrick’s Catholic Church, or to the Kemmerer Senior Citizens Center.

To order memorial trees or send flowers to the family in memory of Rose Kennedy, please visit our flower store.