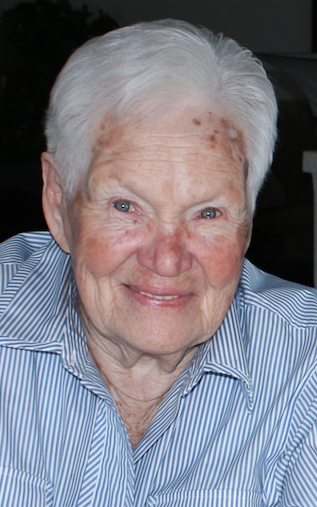 The world is such a much better place because of Shirley Mower’s goodness.  Her selfless, compassionate loving example has touched and influenced so many lives.

Shirley Berg Mower passed away peacefully on July 7th, 2019 at the age of 91 at South Lincoln Nursing Center.  Shirley was born on January 11, 1928, in American Fork, Utah to Don and Bernice Berg.  She was the oldest of 4 children.  The family spent their summers working the family sheep ranch near Kamas, Utah.  This is where she developed her love of sheep, ranch life and her strong work ethic at a very young age.  The winter months were spent in American Fork, Utah, where she attended school, graduating in 1946.  In 1948, she married and had two children, Christy and Ricky, later divorcing.  Ricky died in a tragic accident in 1954.  In 1955, she married her little brother’s best friend, Bill Mower.  They lived in American Fork where their family grew by 3 more girls, Pam, Billee and Bobbee.  They later moved to Nucla, Co. where Bill and Shirley’s son, John, was born.  They moved to Kemmerer, Wy in 1963 where they made their forever Wyoming home.

Shirley was an influential part of her community.  She served on the zoning board for 3 years, Lincoln County Fair board for 6 years, served on the Senior citizen board and was the Chairman of the JC Penney Homestead and was a key part of getting it registered on the National Historic Society.  She was the first woman President of the Kemmerer Chamber of Commerce; she was also named Outstanding Woman of the Year in 1987.  She worked for First Wyoming Bank for 16 years, some of her many positions at the bank included, supervisor over tellers, public relations, advertising (which she won numerous awards) and was the vice president of marketing.  In her 60’s, she started a new career path by opening a very successful clothing store called Shirley’s Fashion Place.  She was an active member of the Church of Jesus Christ of Latter-Day Saints and held many callings in primary, young women and relief society. She was relief society president (twice), president of Jr Sunday school, and the activity director in the Stake MIA.

Her family was the most important part of her life!!

Donations in Shirley’s memory may be made to the Wyoming Chapter of the Alzheimer’s Association; 2232 Dell Range Blvd. Ste. 101 Cheyenne, WY  82009; or to the American Cancer Society, Wyoming Chapter, 333 S. Beech Street, Casper, WY 82601, or to that of the donor's choice.

To order memorial trees or send flowers to the family in memory of Shirley Mower, please visit our flower store.