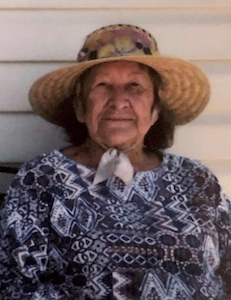 Shirley Lou (Kennedy) Thoman, age 89, of Kemmerer, Wyoming, died peacefully on Friday, January 15, 2021, at the Sandy, Utah home of Rhonda Whitaker, the daughter who was lovingly caring for her.

Shirley was born on March 26, 1931, in Ogden, Utah, the daughter of Oscar and Rodella Kennedy.  She graduated from South Rich High School in Randolph, Utah in 1949, where she excelled in academics and participated in many extra-curricular activities, such as the drill team.

Shirley married her eternal companion, Alfred Clark Thoman, on July 23, 1951 in Paris, Idaho.  Their marriage was later solemnized in the Salt Lake City Temple in 1953.  She was devoted to raising her six children, avidly supporting them in all of their activites.  In addition, she was the best ranch-hand Al Thoman ever had.

Surviving Shirley are her two sons, Randy (Dawn) and Jay (Trudy) Thoman; two daughters, Nancy Petersen and Rhonda (Kerry) Whitaker; 16 grandchildren and 34 great grandchildren.  Welcoming her on the other side of the veil are her husband Al, her son who died at birth, Oscar Albert, and her daughters, Rickie Lee and Dixie Rae.

Shirley’s family will never forget Thanksgivings at the Ranch, made special by her preparations and cooking, and the many family members who gathered there.  Shirley always remembered that children were more important than the messes they made.

Shirley taught life’s lessons by example: she never complained about trials, challenges or difficulties; family togetherness is always a time to celebrate; faith and attending the temple are important priorities; and a family’s role is to love and support each other.  She can never be replaced and will never be forgotten.

Family graveside services will be celebrated on Saturday, January 23, 2021 at 2:00 PM at the Randolph Cemetery, Randolph, Utah, where she will be interred next to her husband.

Ball Family Chapel of Kemmerer, WY has been entrusted to arrangements.

To order memorial trees or send flowers to the family in memory of Shirley Lou Thoman, please visit our flower store.