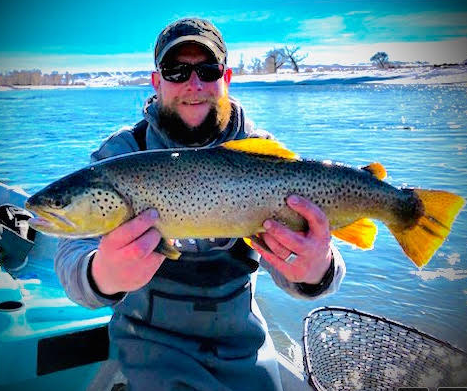 Steven went to school in Kemmerer, Wyoming where he met Mandy Burris.  They were married on July 3, 2004, in Kalispell, Montana.  Steven was employed by Williams as he worked as a OP/Tech in the Moxa Field.

Steven loved his wife and kids more than life itself.  He felt most at home when he was enjoying God’s Country fishing, hunting, and camping with his family.  Steven had a contagious smile that lit up any room he was in.  He loved making anyone he was around smile and laugh. Steven was an incredible father to his children.  He taught them all things outdoors, hard work and love.  He was known in his family as the mountain man and could survive in the wild at any given time.  Steven was a loving son, brother, and uncle brother in law.  He was the guy that so many people went to for help.  He never said no to anyone.  Steven was a jack of all trades and would figure things out until his friends and family were taken care of.  Steven took many hunting and fishing trips with his friends and cherished every single experience.  Steven and his father in law Larry Burris spent countless hours fishing together and fixing an old boat to just have it break down time and time again.  Steven’s voice, laugh and energy will be missed by many.  He had a love for life that was infectious.

Steven will be greatly missed and will be in our hearts forever.

The family would like to thank the Kemmerer Police Department as well as the South Lincoln EMS Crew for their hard work and support for the families.

Please share your favorite memory of Steven as we can all celebrate the life that he shared with all.

A memorial fund has been established for Mandy, Hunter and Zoe at Bank of The West in Kemmerer, WY.

To order memorial trees or send flowers to the family in memory of Steven Wayne Burnett, please visit our flower store.