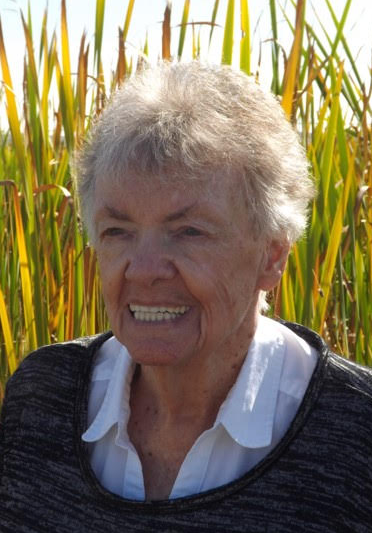 Our mom, Sunny Jean Roberts (81) was welcomed into our Lord’s presence on Thursday night, December 10, 2020…She was a resident at South Lincoln Nursing Home in Kemmerer, WY. after removal of a cancerous melanoma brain tumor in 2020.

She was born on July 6, 1939 in Albany, Oregon to Ray and Dorothy Mudgett. She was the oldest of three girls.

Sunny married Clarence Roberts on June 1, 1958 in Slaton, TX. and had four children. Sunny spent most of her early married life home raising their children, later in her life she worked for the US Postal Service for 20+ years retiring in 1998. After retirement, she spent time with Clarence as he battled cancer. After Clarence’s death in 2008, Sunny lived in Whiteface and Morton, TX. She enjoyed being with her children, grandchildren, great grandchildren, and spending time reading, working crossword puzzles and jigsaw puzzles. In 2018, Sunny moved to LaBarge, WY.

Sunny was preceded in death by her husband, Clarence Roberts, a sister Dixie Cade, a son in law Domingo Castaneda and her parents Ray and Dorothy Mudgett. Survivors include three daughters Danna and Blaine Thoman of LaBarge, WY, Alana Castaneda of Whiteface, TX, Shanna and Cody Dewbre of Morton, TX and one son Clarence (Butch) and Melissa Roberts of Lubbock, TX… 13 grandchildren and spouses and 15 great grandchildren, one sister Terry Meadows and many loved ones called family.

Burial services will be under the direction of Ellis Funeral Home in Morton, TX with burial in Levelland, TX at the City of Levelland Cemetery beside Clarence.  Graveside services will be held  with Harold Harrison officiating, a longtime friend and retired pastor of First Baptist Church.

To order memorial trees or send flowers to the family in memory of Sunny Jean Roberts, please visit our flower store.