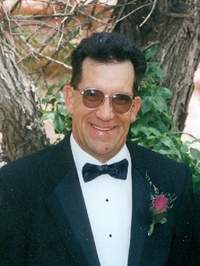 
Terry was born on Dec. 18, 1955 in Iowa City, Iowa to John and Virginia Reed. He was raised in Minnesota with two brothers and a sister.


He joined the Army when he was 18 years old, and was later Honorably Discharged due to health issues.


While driving truck for Black Hills Trucking he met the love of his life Rhonda Davis in Douglas, Wyoming in 1979.  They were married shortly thereafter on July 4, 1980. God blessed their union with four loving children. The family moved to LaBarge in 1989 where they made their home and raised their children.


Terry worked hard at many different jobs in the oilfield during his life but found his nitch working as a Measurement Technician for Enterprise.


Terry loved to spend time with his family and friends. He enjoyed hunting, fishing, woodworking, and barbequing.


Terry was active in his church and served on a mission trip to Haiti where he helped build an orphanage.


He is preceded in death by his mother and father. He is survived by his loving wife Rhonda Reed, his sister Barbara, brothers, Danny, Larry, and Tommy. His children, Christopher (Ashlea), DJ (Nicole), Matthew (Misty), Michelle (Daniel), along with his six Granddaughters, and five Grandsons, and many Nephews, Neices, and great Nephews and Neices.

To order memorial trees or send flowers to the family in memory of Terry Reed, please visit our flower store.