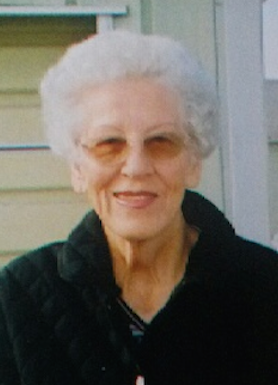 Velma Louise (Schroeder) Guice, 90, passed away in Pullman Regional Hospital on October 27, 2016 after suffering a severe stroke earlier in the week. Velma had resided in Kemmerer, Wyoming for 57 years before moving to Pullman, WA and taking up residence at Pullman Regency assisted living facility.  She was in the process of gaining many new friends among the staff and residential community. Since 1997, she had made occasional trips to Pullman to visit her daughter, Pattie, and son-in-law, Pete Jacoby.

Velma was born in Mart, Texas on September 12, 1926. She was married to Joseph W. Guice of Natchez, MS on December 24, 1947 and they travelled the nation with his work in interstate pipeline construction prior to settling in Kemmerer, Wyoming in 1959.

Velma was known for her enduring faith in the Lord and her amazing dedication to comforting others and assisting people to persevere through tough times. She was totally dedicated to her children and their families that were everything to her.

A celebration of life will be held in Kemmerer, Wyoming on Saturday, November 12 at 2:30 pm at Ball Family Chapel.  Inurnment will proceed services at the South Lincoln Cemetery, Kemmerer, WY.

To order memorial trees or send flowers to the family in memory of Velma Louise Guice, please visit our flower store.