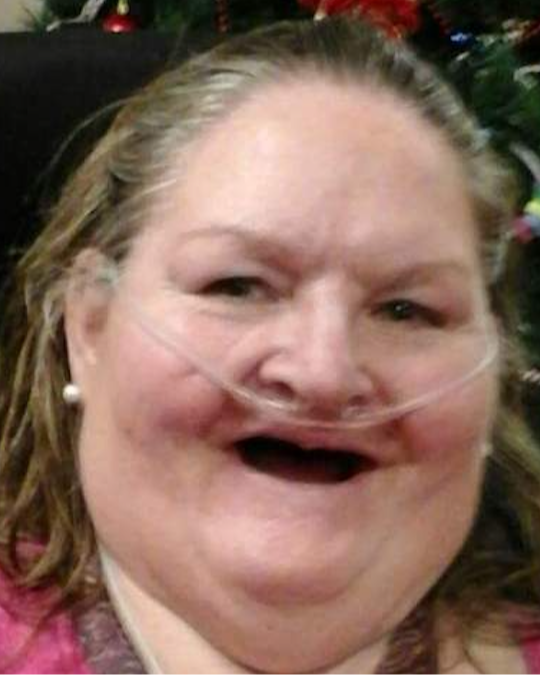 She was born on May 29th, 1958 to E. LaMar and Mary Brower Youngberg. She was the oldest of nine children.

Vicky graduated from Lyman High School in 1976 and went on to college. She attended several different colleges over the years. She took a woodworking class and made cutting boards for her family and even small step stools for a few family members.

She married J Ronald West on July 23rd, 1977. They later divorced. She Married Lavoy Anthon Mortensen on April 30th, 1992. They were sealed later in the Logan Temple.

She was a member of the Church of Jesus Christ of Latterday Saints.

She spent the last 12 years of her life in nursing facilities due to health issues. She enjoyed sewing, knitting, crocheting and cross stitch. She even made things for people in the nursing homes she was in.

She was proceeded in death by her husband Lavoy, Father E. LaMar Youngberg, an infant brother, Edwin LaMar, a sister Linda Fawn Youngberg as well as adopted brother Shannon Jorgensen.

Cremation has taken place according to her wishes under the direction of Ball Family Chapel in Kemmerer, WY.

A Celebration of life will be held at a later date. Graveside services will take place in Price, Utah next summer.

To order memorial trees or send flowers to the family in memory of Vicky Marie Mortensen, please visit our flower store.