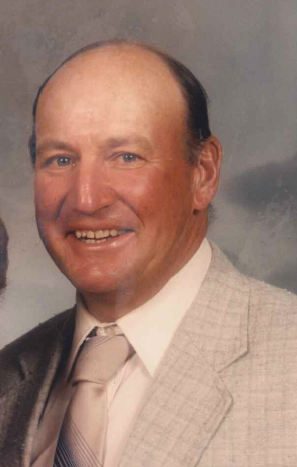 Virgil attended schools in Kemmerer Wyoming and was a graduate of Kemmerer high school, class of 1950.

Virgil married his lifelong sweetheart Bernice Gamble on May 9, 1949. They were later sealed for time and all eternity in the Salt Lake City Temple on April 4, 1951.

Virgil’s life was filled with hard work and many loves, his love for his wife and family, love of the gospel, and love of ranching. He could be found riding and breaking horses and serving the people in his community and Ward. Virgil served in several positions in the LaBarge Ward, including Bishop for four years. He also served as a member of the Kemmerer Wyoming Stake High Council. Bernice and Virgil served a full time mission at the Family History Center in Salt Lake City from 1994 to 1995.

Virgil lived a life of simplicity, hard work along with an eternal optimism. He would often state he just wanted to simply endure to the end. Virgil’s final weeks and days he did just that, never complaining, and never wanted to be a burden to anyone. His humor never failed him and he joked and teased everyone that came to see him. We will miss his smile and sense of humor in the coming days and years. But we know he is having a wonderful reunion with his family and friends.

The family would like to express gratitude and appreciation to friends and family for the many services and kindness shown to the family.

Arrangements were under the direction of the Ball Family Chapel.

To order memorial trees or send flowers to the family in memory of Virgil Henry Thoman, please visit our flower store.