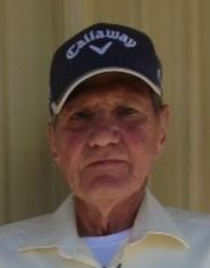 Walter Lloyd “Cork Vetos passed away May 13, 2015 in Billings, Montana.  Cork was born in Colorado Springs, Colorado to Lloyd Walter Vetos and Ruby Deetta (Board) Vetos on July 16, 1943. He spent his childhood in South Dakota and graduated from Ft. Pierre High School in Ft. Pierre, SD. After serving three years in the US Army and attending two years of college in South Dakota, he found a job working road construction near Kemmerer, Wyoming where he met his future wife, Marianne Elizabeth Lawson.
They were married in Frontier, Wyoming and spent their first nine months of marriage in South Dakota before relocating back to Kemmerer, Wyoming. Three children were born to this union, Walter Terrance, Travis Ryan and Angela Ranae. They divorced in 1985.
Cork was a “jack of all trades” and there wasn’t anything he couldn’t do. He was an iron worker for 12 years then in the mid 1970’s he built the family home in Kemmerer where his talents led him to become self-employed as a building and carpentry contractor in Wyoming, Montana and Washington.
Eventually Cork found his way back to Kemmerer where he met Lillian Kampman. They spent many years together and he was considered “Grandpa” by many of her grandchildren. Their relationship ended in 2014. Cork then moved to Thermopolis, Wyoming.
He enjoyed hunting, fishing and the great outdoors. He was an avid reader, wood carver and he relished good conversation that garnered many friends. Cork loved to play darts, card games and if there was a poker game, he was always at the table.
Cork was preceded in death by his parents, his sister Karen Vetos Eisenbraun, his half-brother, Gerald Board and nephews, Kip Vetos and Brian Carotta. He is survived by his children, Terry (Katrea) Vetos and their children, Ashtyn and Taygn of Kemmerer, WY; Travis (Shannon) Vetos and their sons, Corey, Nicky and Jack Evanston, WY; and Angie (Gil) Guyon and their daughter Sarina of Thermopolis, WY. He is also survived by his brothers, Douglas (Janet) Vetos and Selmer (Cindy) Vetos of Kemmerer, WY and Paul (Linette) Vetos of Missoula, MT along with many nieces, nephews and cousins.
As per his wishes, cremation has taken place. Memorial services will be held on May 30, 2015 at 11:00 AM at the Fraternal Order of Eagles in Kemmerer, Wyoming. His remains will be scattered on the Missouri River in South Dakota at a later date.
To order memorial trees or send flowers to the family in memory of Walter Lloyd "Cork" Vetos, please visit our flower store.