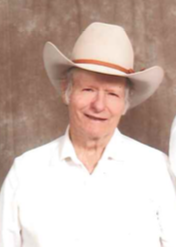 Wilbern L. Keith husband, father, grandfather and friend to many passed away peacefully December 15th, 2018. Born to Sarah “Alice” and Ray Olin Keith March 28, 1934 in Shafter, MO. Wilbern graduated from Jamesport Highschool, Jamesport Missouri in 1952. He went on to join the Army in the 57th Engineering Company serving from 1953-1956 spending some of his time in Germany. After receiving an honorable discharge he returned to Missouri and worked as a welder for Dairy and Creamery Equipment Company in Kansas City for over 20 years. He married his first wife, Karen Sue Caselman of Jamesport-Trenton MO in 1959 and they welcomed a son, Patrick in 1960. In 1976 he moved to Kemmerer, Wyoming, and continued his welding career with FMC Plant and Mine where he made many lifetime friends. He married his wife Darlene Sadler of Kemmerer in 1992. Together they enjoyed antique auctions, mushroom hunting, and fishing. Wilbern took pride in his work and craftsmanship. He was a skilled leather and woods craftsman, braiding leads for the mules he broke and trained, or building grandfather clocks. He enjoyed mule shows and loved to ride in parades from Kemmerer to Missouri. Wilbern was an expert shot and won the town turkey shoot 10 years in a row, and never let a hunting season pass without a trophy to show, he prided himself in using every part of the animal he hunted sharing the meat and crafting with leather, teeth and horns. Wilbern tipped his hat to many and made friends wherever he went. He earned the nickname “cowboy” for his low drawl and large hat and boots and was often seen around Kemmerer with his best friend, Cheyenne the Jack Russell Terrier in tow. His family would like to express their appreciation to the Kemmerer community for the support and love they have offered through this difficult time. He is proceeded in death by both of his parents, his brother Dale Keith and sister Carolee Keith. He is survived by his wife Darlene, son Patrick and family, daughter Christie and son-in-law Casey, grand-daughter Lacy as well as siblings Virginia, Lula, Bonnie and Jerry and extended family. Services will be held Thursday, December 20th at 11:00am, a viewing from 10:00am-11:00am at Ball Family Chapel in Kemmerer, Wyoming. In lieu of flowers a donation in his name to Wyoming Wildlife Foundation would be appreciated.

To order memorial trees or send flowers to the family in memory of Wilbern L Keith, please visit our flower store.