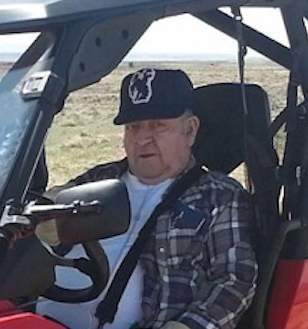 Bill was born on January 23, 1940 in Kemmerer, Wyoming, the son of Joseph W. And Lavina Lillian (Sanford) Black.

Bill was a great outdoorsman, and enjoyed spending time hunting, fishing, camping, rock hunting.  He enjoyed ranching, and horseback riding, and especially enjoyed being able to be in the outdoors with his family.  He loved his family dearly, and enjoyed being around his children, and grandchildren.

Bill is preceded in death by his father, and a daughter, Susan Sequera.

Bill’s wishes were to be cremated, and memorial services will take place in the summer of 2017.  He will be inurned at the South Lincoln Cemetery in Kemmerer at a later date.

Memorial contributions may be made to that of the donors choice.

To order memorial trees or send flowers to the family in memory of William Leon Black, Sr., please visit our flower store.