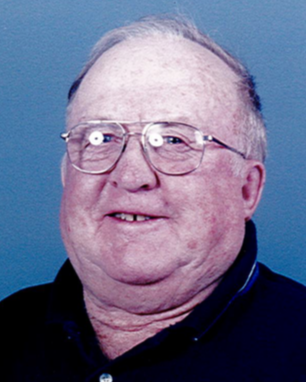 William Ronald Davison passed away on December 22, 2022 at his home in Kemmerer, Wyoming after a long battle with COPD.  Ronald was born on March 15, 1934 to parents William (Margaret) Davison and Blanche (Willard) Clark.

Ron grew up most of his life on his family ranch east of Kemmerer.  He attended school in Kemmerer, Wyoming where he graduated in 1952.  This was no easy feat as he had to walk over the hill every day to the bus.  He was very proud of this accomplishment and valued education.  Ron served 2 years in the U.S. Army and 6 years in the reserves.  He was very patriotic and was honored to have served.  After his discharge, he returned home to work the family ranch with his dad.

He met and married his eternal spouse Kathleen (Rawlings) Davison on June 9, 1962.  They were sealed for time and all eternity in the Ogden Temple in 1981.  Ron worked on the ranch his whole life.  He worked at the Kemmerer Mine for over 40 years and retired from there.  He and Kathy raised their four children as well as Kathy’s brother Robert, sister Susan, sister Jackie and helped raise many other children on the ranch where he loved spending his time.  He loved having his family around whenever he could.  He loved his close friendships he had during his life at the mine and through his associations with ranching, church, and other activities.  Ron served in many church callings and was an active member of the Church of Jesus Christ of Latter-Day Saints.  He had a strong testimony and was thankful for all of his opportunities to serve in the church.  He valued family and was truly loved by his nieces and nephews.  Ron had a special place in his heart for animals especially his dogs.  He loved history and when he was younger, spent much time hunting for artifacts, rocks, and fossils.  He had a thirst for knowledge and would spend his time learning all he could about things such as astronomy, history, and other subjects he found intriguing.  He was thankful to live on the ranch and had a gentle way with animals.

or to her venmo @lcwyturningpoint.

To order memorial trees or send flowers to the family in memory of William Ronald Davison, please visit our flower store.