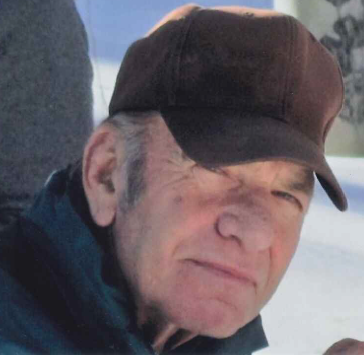 William Gary Marchione died on Saturday, June 24.  William was born on April 10, 1944 in Kemmerer, Wyoming, to Selina Catherine Roberts and William Harry Marchione.  He attended grade school in Frontier and graduated from Kemmerer High School in 1963.  Following graduation, he worked at Gambles Hardware Store and in the summer of 1964 married Judy Mae Ourada.  Soon after marrying, Bill was hired by El Paso Natural Gas and they began their life together in Big Piney, Wyoming, later returning to the Kemmerer area with the company.  Bill worked diligently for the company, who changed ownership multiple times throughout the years and retired from Williams Field Service after 37 years, where he had worked his way to the position of plant superintendent.  Bill was a hardworking man and most often had more than one job.  During his working years he also had a small business installing and cleaning carpets.  Following retirement Bill’s drive to stay busy led him to jobs as the county Water Commissioner as well as doing maintenance work for a local hotel.  His work ethics were admired by many, including his children.

Throughout his life Bill enjoyed anything that would bring him to the outdoors, whether it was hunting, working his land, or sitting around a camp fire.  He enjoyed skiing and snow machining.  He loved his horses whether he was riding them, training them, or occasionally being bucked off of them.  He appreciated traveling.  Most of all he loved watching his grandchildren grow and change.  He was always excited to hear about their adventures.  He was truly proud of each of them for their individual achievements.

In Bill’s later years he battled the affects of Parkinson’s disease.  He was unable to do many of the things that he had enjoyed throughout his life.  Although the disease took many things from him, it gave him the time to learn and to teach those around him patience, compassion, appreciation, humbleness, and a deep love for family.  Bill left this world a wonderful man and he will be missed by all who loved him.

Bill is survived by his three daughters, Veronica (Jeff) Endecott, Tammie (David) King, and Christy (Kerry) Killian, as well as two stepdaughters, Jennifer (Scott) Benson and Danniel (Jason) Fox.  He leaves behind ten grandchildren, Gary and Matthew Endecott, Taryn (Ryan) Abernathy, William Jetkoski, Grady and Camden Killian, Trevan and Tyson Benson, and Kyle and Clara Fox.  He also has two great grandchildren, Hailey Buck and Remington Durant. Bill is also survived by many nieces, nephews, cousins, uncles, and an aunt.  He was preceded in death by his parents, his sister, and brother-in-law.

Funeral Services will be held Thursday, June 29 at 10:00 at the Kemmerer LDS Stake Center with Bishop Skidmore conducting.

Interment will be held at the South Lincoln Cemetery, Kemmerer, WY.

To order memorial trees or send flowers to the family in memory of William Gary Marchione, please visit our flower store.